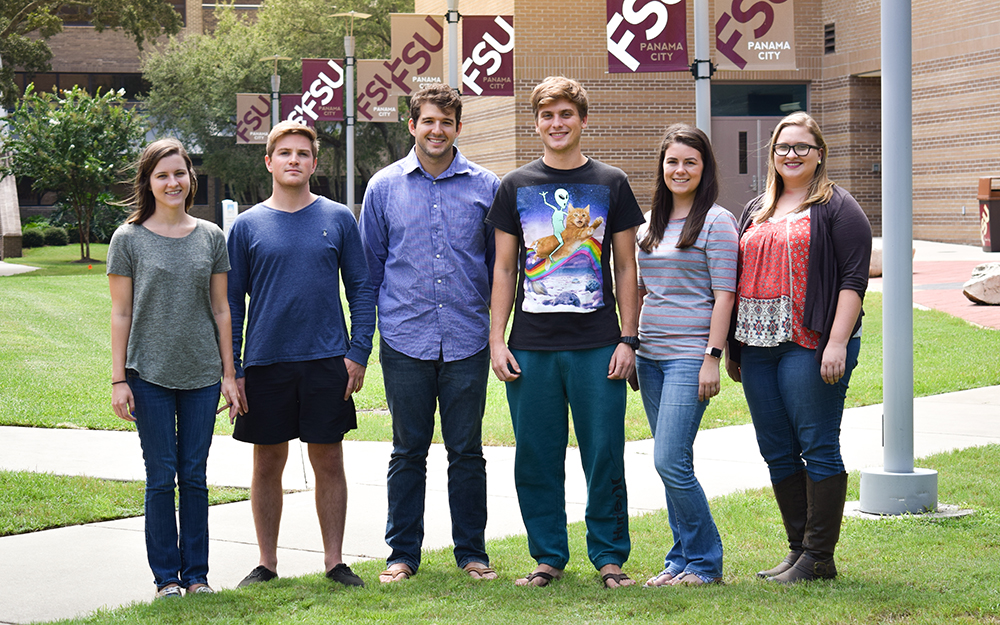 A team of electrical and computer engineering students will put their skills to the test, designing and developing a reusable rocket for the 2018 NASA Student Launch. Jennifer Canady, Kayla Cameron, Emily Crews, George Jones, William Jones and Dean Revell will participate in the annual competition as their senior design project, a graduation requirement for all engineering majors. In addition to materials and supplies for rocket development, the team also must pay for accreditation courses through the National Association of Rocketry.

The eight-month national competition tasks teams with designing, building and flying payloads or vehicle components that support NASA’s Space Launch System (SLS). Payloads developed by teams will address research needs of different subsystems on the SLS. The teams will share the research results, which will be used in future design and development of SLS and other projects.

The NASA Student Launch is a research-based, competitive and experiential exploration project that provides relevant and cost-effective research and development to support the Space Launch System. The project involves reaching a broad audience of colleges and universities across the nation in an eight-month commitment to design, build and fly payloads or vehicle components that support SLS.  Participation is limited to U.S. Institutions. Based on research needs, these payloads and components fly on high-power rockets to an altitude determined by the range safety officer and the team.

After a competitive proposal selection process, teams submit a series of design reviews to NASA, which prepares students for the Human Exploration and Operations workforce. Mirroring the engineering design lifecycle, the reviews include a Preliminary Design Review, Critical Design Review, Flight Readiness Review and Launch Readiness Review that includes a safety briefing. Teams must analyze payload and flight data during a Post Launch Assessment Review. In addition, teams must successfully complete an initial and a final Launch Readiness Review that includes a safety inspection prior to launch.

Learn more about the competition