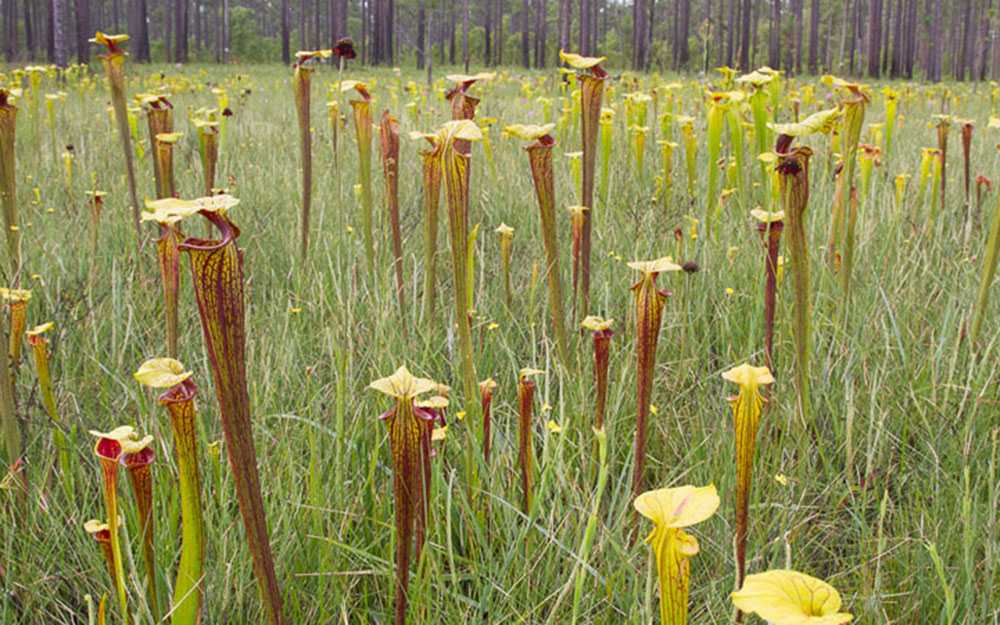 Change the model for digitizing the country's 1 billion biodiversity research specimens! $2,000 will provision six 1-day digitization blitzes involving 100-plus people from our community.

Blazing a New Trail for Sustainability

The Challenge
The 1 billion biodiversity research specimens in U.S. collections represent an irreplaceable source of data for understanding global diversity and emerging environmental and social challenges, such as the extinction crisis and vector-borne disease outbreaks. These specimens include birds, insects, mammals, plants, fungi, fish, and many other organisms collected over the past four centuries. As much as 80% of the data associated with these specimens languishes in cabinets, though, not yet in digital form and available online for research, education, and policy decisions.  Florida State University is a leader in the drive to digitize these hundreds of millions of specimens as one of two institutions hosting iDigBio, the National Science Foundation's National Resource for Advancing Digitization of Biodiversity Specimens. Broadening engagement in digitization of these specimens is an essential strand in iDigBio' strategy for ramping up the rate of data creation.

An Innovative Solution
We seek $2,000 to launch a series of citizen science events that we are calling "digitization blitzes." These will engage members of our local community in generating data from FSU's Robert K. Godfrey Herbarium while teaching them about the value of the specimens, the data, and local biodiversity. The money would enable us to run six blitzes of three types: two digital imaging blitzes, two transcription blitzes, and two georeferencing blitzes. With each blitz we are developing what we are calling "digitization blitz kits" that represent resources for others to host a blitz at their own university, museum, or field station. These citizen science events, and the crowdfunding of them, represent a new model for digitization sustainability in the collections community.

Early Evidence of Success
FSU's Robert K. Godfrey Herbarium hosted the first digitization blitz — a digital imaging blitz — in September 2014. In all, 22 volunteers from the Tallahassee community imaged 3,000 specimens over the course of two four-hour shifts. Two-thirds of the participants had not visited the herbarium previously, and the majority reported a greater understanding of the biodiversity research specimens and their role in research and education after the event than before it. The remainder were already quite familiar with these topics prior to the event. Prior to each future digitization blitz, we plan to target a new sector of the Tallahassee community (e.g., high-school biology students, retirees, civic groups) to maximize our outreach and build a foundation of crowdfunding support for blitzes after the first six. The $2,000 will partly go to the production of incentive gifts (e.g., water bottles with event logos) to attract these new participants and partly go to keeping them fed during the events.

Our Local Collection
FSU's Robert K. Godfrey Herbarium is a museum-quality collection of more than 220,000 plant and microalgae specimens. These document the distribution and natural variation of the 2,400 species of flowering plants, ferns, conifers, and cycads found in northern Florida — one of North America's biodiversity hotspots — and the microalgae of Florida’s Gulf and Atlantic coasts. Each plant specimen is carefully identified, pressed, dried and mounted to archival standards, with accompanying data on where and when it was collected. New specimens are added to the collection each week. Currently, 80,000 of our 220,000+ specimens are digitized and available online at http://herbarium.bio.fsu.edu/.

Discover More Projects From the College of Arts & Sciences